A History of Prestwich Pubs 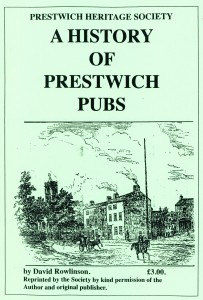 Written by David Rowlinson and reprinted by the Society with the author’s kind permission. A must read for Prestwich people, containing as it does, much of the social life of the town in the 19th and 20th centuries.

It starts with the Alehouse Recognizance of 1629 which lists 4 Alehouse keepers, without naming their inns unfortunately. After the Beerhouse Act of 1830, pubs in Prestwich rapidly expanded to meet the needs of the growing population.

But older Inns remained like the Old Ostrich on Bury Old Road, so named from the Crest of the Coke family (an Ostrich with a horseshoe in its beak). The Cokes (“Cook”) were Lords of the Manor of Prestwich (1630-1794). 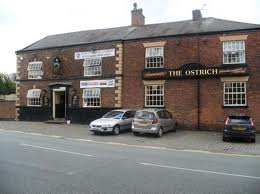