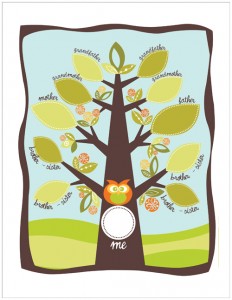 Up to 1750 there was a comparatively stable population in both towns. In Prestwich a group of Yeomen Farmer families which first emerged in the 16th Century are apparent throughout the subsequent centuries. These families were … Hardman, Diggle, Guest, Hilton, Hulton, Tomlinson, Gartside, Edge, Glover, Eckersall, Scholes, Lancashire, Wilson. Anyone with historic links to Prestwich is going to find several of those family names on their Family Tree.

The same is true of Whitefield with names like Barlow, Berry, Dawson, Haddock, Sergeant, Siddal, Smethurst, Walker and Holt ( Unsworth) being consistently prominent.

We list below some of the Resources available for the Genealogy of our district.

Prestwich Parish Registers go back to 1603. Pilkington ( Whitefield, Outwood and Unsworth ) were in the Parish of Prestwich until 1826. In 1826 Whitefield became a separate Parish based on the new church of Stand All Saints.

Prestwich Parish Registers right through from 1603 until the late 19th century are now online in the Lancashire Online Parish Clerk series ( transcribed by Lynne Ransom).

The Marriage Registers of Stand All Saints ( Whitefield ) are online at ..

The British Census began in 1801 and has been carried on every ten years since then.

The Census records were only kept in any detail from 1841 onwards.

The transcripts of the 1841 and 1851 Censuses are available on microfilm in most local libraries e.g Bury and Manchester Central Library.

Bury Library also has written transcipts of the 1841 Census for the whole of the Bury area including Prestwich and Whitefield. There is one volume dedicated solely to Prestwich. The 1841 Census for Whitefield occurs in the three volumes in this series given over to Pilkington.

Other Censuses between 1851 and 1911 are available online and searchable in many places. The 1881 Census for example is available FREE at …

Prestwich Parish, including Whitefield, was in the Diocese of Chester from 1545 until 1858. All Wills were proved there and recorded in the Chester Records. When a person died an Inventory of their goods and chattels was often made as well and many of these Inventories survive.

The Record Society of Lancashire and Cheshire published lists of all the Chester Diocese Wills and Inventories, including those relevant to this neighbourhood for the period 1545 to 1858. But those indices are difficult to use – they are arranged alphabetically by surname with each volume covering a 30 year period or so.

Bury family History Society has compiled a list of Wills at Chester for the period 1845 to 1780. It includes Wills from Prestwich and Whitefield. A copy of this index is in the Local History Section at Bury Library.

Prestwich Wills and Inventories are also listed in the Genealogy section of this current website.

The Wills themselves are now at Lancashire Record Office in Preston. Copies of the actual Wills and Inventories can be obtained fairly cheaply by Post.

–      Manchester and Lancashire Family History Society ( website as above)

In addition to the sources specific to this neighbourhood, discussed above, there are more general sources …

– The IGI – the International Genealogical Index is maintained and published by the Mormon Church. It can be found on Microfiche in most good libraries. The IGI lists all events, births, deaths and marriages abstracted form Parish and other Records. A starting point for more detailed research.

The British Records for these three key life events go back to the 1830s. There are accessible online and at the Greater Manchester Record Office.

Searches of the Indexes are often  free but copies of the actual Certificates cost ..

– Directories. Directories of local towns and vilklages began to be made in the late 18th Century. They list the upper and middle classes and tradesmen. A good starting point for our area is Baines’ 1825 Directory of Lancashire which includes Prestwich and Whitefield. The Baines Directory of 1825 is in most Local History/Studies Libraries. Some relevant Directories are listed here …

– One Name Studies.  Families where a lot of research has been done, frequently have One Name Societies and websites e.g the Diggle family have a Forum …